Shared with permission of Leon from SurvivalCommonSense.com
Posted on April 4th, 2011 by Leon in Leon’s Blog 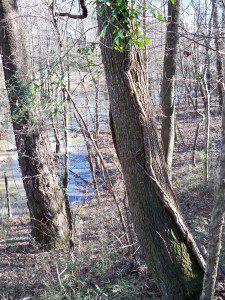 Survival situations can occur at any time, in any location.

The word “survival” conjures up a mental picture of a horrendous situation in some remote part of the world where the “survivor” has to “survive” under extreme conditions, without food, with only limited (or no) water while fending of the onslaught of predatory animals!

Let’s get real!  While some survival experiences do occur in such places, many more occur in the woodlots of Wisconsin; while duck hunting in Louisiana, or while tracking deer in Washington – in short, anywhere we recreate.

While there are many book definitions of the word “survival,” none adequately describe the difficulties that outdoor people sometimes find themselves in.  Here’s my definition:

SURVIVAL – The ability and the desire to stay alive, all alone, under adverse conditions, until rescued.

Ability. There are skills in which you need to become proficient if you expect to survive: first aid, sheltering, fire craft, water procurement and signaling.  Without these skills, whether you survive or not may depend largely on luck.  These are skills that cannot be learned “on the job” but must be practiced ahead of time. When the emergency arises, shelter can be built, water procured and signals constructed in a minimum of time and with a minimum amount of expended effort.

There have been survivors who lacked even the minimum amount of equipment; who had never received any survival training but who had a tremendous tenacity to live – and they did!  There have also been people who were trained and equipped but lacked the will to survive who died when they should have lived!
Survivors, who are inadequately clothed, poorly equipped and those who have never practiced their survival skills will have their “desire to live” severely tested.

On the other hand, those who can stay warm and dry, those who have equipped themselves, and those who have practiced their survival skills may experience an uncomfortable night or two out , but because of their preparations, they should not find themselves in a life-threatening emergency.

When was the last time you attended a First Aid course?  Could you administer effective CPR to a drowning or lightning strike victim?  Would those with whom you travel know what to do if you were the one that needed help?

Staying alive also means keeping yourself hydrated.  Every activity that takes place in the human body takes place in a water environment; when that water is depleted those activities begin to malfunction.  Under stressful conditions, dehydrated people quickly lose their working efficiency and worse than that, their ability to think clearly and make good decision!

Under adverse conditions. Because of our past experiences, what may be adverse to one person may be routine to another.  Before venturing off, ask yourself “What is the worst thing that can happen to me and am I prepared to cope with it?”

“What scares me about the thought of spending an unplanned night out?”  Answering these two questions honestly is the first step in overcoming one of the biggest barriers to preparing for a future survival situation – denial of the possibility of an emergency happening.  If you can see yourself in a survival situation, then preparing for it will naturally follow.

All alone.Never count on anyone else being there to help you when you are in trouble.  If there is, you can pool your talents, equipment and clothing for the benefit of all.  But if there isn’t, and you have never developed your survival skills because you reasoned :

“Someone else (husband, father, mother, brother, sister, guide etc.) will take care of me,” you have just fallen into a big trap.  You will be totally unprepared physically and psychologically!  Plan on being alone!

Until rescued. Beyond readying the appropriate signals to attract the attention of rescuers, there is little the survivor can do to expedite the rescue process.  Finding an overdue hunter, backpacker or birdwatcher takes time – especially if you have failed to leave a flight plan!

To the survivor, the time it takes to be found and recovered seems to drag on forever; and remaining in one place, waiting to be found, will take all of your willpower. History shows that those survivors who were able to overcome their impatience and desire to walk out had a better chance of surviving than those that continued to move.

Sit tight, survive and wait for rescue to come to you.

Peter Kummerfeldt has walked the talk in the wilderness survival field for decades. 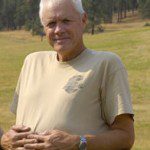 For twelve years, Peter was the Survival Training Director at the United States Air Force Academy, Colorado Springs, Colorado. He retired from the Air Force in 1995 after 30 years of service.

In 1992, concerned with the number of accidents that were occurring in the outdoors annually and the number of tourists traveling overseas who were involved in unpleasant and sometimes life-threatening incidents Peter created OutdoorSafe.com

He is the author of Surviving a Wilderness Emergency

and has addressed over 20,000 people as the featured speaker at numerous seminars, conferences and national conventions.

Check out Peter’s blog at: OutdoorSafe.blogspot.com

Tips: Self Rescue > When Staying Put to Survive Isn’t an Option

Tips: Start Out with the Right Equipment for Your Survival Kit

Tips: Effective Methods of Carrying Water In Your Survival Kit