While going about your preparedness, think “organize”. The effort of organizing can be taken to any level – the magnitude of which should be proportional to the task at hand.  But at a minimum, have goals and have an organized plan. Know what you need to do to accomplish your goals and when and how to get what you need in order to do so. Know exactly what you need. Know where and how to get it. Know what you already have. Know where that stuff is. Know how to use it. Know when to use it. Organize.

Just like your job – if you’re scattered about how you go about your work – or jump from one thing to the other all the time like a leaf blowing in the wind, chances are that you will not be very efficient or effective in getting done what you need to get done, getting it done in a reasonable period of time, and getting it done right.

You need to organize. You need some organization in what you do.

If you’re into prepping or preparedness, there are all sorts of ways to go about it. It’s such an extremely general topic that no two people probably look at it the same way or go about their efforts in the same magnitude. If you’re getting into it in a big way, just like anything else ‘big’, your goals might become lofty or overwhelming, especially if you’re taking it to the next level…

So what to do? 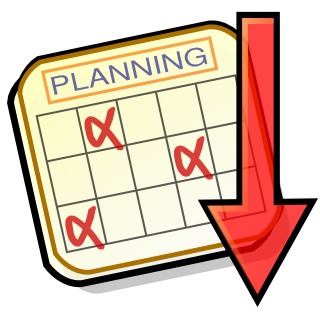 In order to maximize your efficiency and to minimize the haphazardness of the process while prepping, it’s often best to organize a plan and organize your plan of actions first – before even starting.

I could go on with all sorts of examples, but I believe that you’re getting the point…

There are all sorts of personalities out there – some of which will organize easily while with others it may be more difficult. Being organized is important if you’re dealing with lofty goals and projects. Don’t discredit the fact that by being organized you will become more efficient and probably accomplish more things in a shorter period of time, while also reducing waste and effort while later evaluating what you have, where it is, and/or when to use it. Fewer things will fall through the cracks that way…

To provide one personal example of being organized, one of the things regularly done here at the MSB homestead is to maintain a list (actually it’s a spreadsheet which we print out) of what’s in the chest freezer. For those of you who have a large chest freezer – you know that it’s pretty easy for food items to get ‘lost’ and forgotten in there. Out of site, out of mind… By keeping a list (which we print and keep in plain site in the kitchen) we always know what’s in there and we make an effort to rotate through the food items. The initial effort was a slight pain, but once we inventoried everything, it became simple to keep up-to-date. This has helped us minimize waste and spoilage while allowing us to better take advantage of rotating through foods that we’ve acquired on sale, etc. and are stored in the freezer.

Organize. Apply it to everything.

Read more of this article and find other worthy stories here at modernsurvivalblog.com

PREPS: THE 9 TYPES OF SURVIVALISTS–WHICH ARE YOU?

PREPS: How to Best Store Your Food Storage