Terrorist attacks don’t consistently increase or decrease during the the Olympics, according to an analysis from the National Consortium for the Study of Terrorism and Responses to Terrorism. 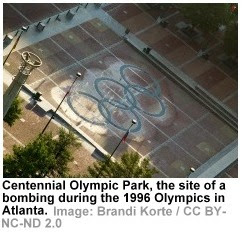 In a new report (.pdf), START says that heightened security surrounding the Olympics may neutralize the risk of terrorism that often accompanies high-profile events.

Researchers compared the number of terrorist attacks and fatalities in host countries during the Olympics, including the six months leading up to them, with the same period in the year before. The analysis drew upon the Global Terrorism Database maintained by START, which has information on more than 100,000 attacks around the world since 1970.

Since 1972, 16 of the host countries experienced some kind of attack during the Olympics, in the leadup to the games, or in the prior year. Of those 16, nine had more attacks during the Olympic year, and seven had fewer.

Fatality trends were similarly split, although, as the report notes, those numbers are especially sensitive to abnormal events. The last two Olympics held in the United States, the 1996 summer games in Atlanta and the 2002 winter games in Salt Lake City, both occurred in years after major terrorist attacks – the Oklahoma City bombing and the 9/11 attacks, respectively.

Fears of terrorism at the upcoming Olympics in Sochi, Russia, rose after a bombing in Volgograd killed 34 people and an Islamist group threatened to target tourists at the games. 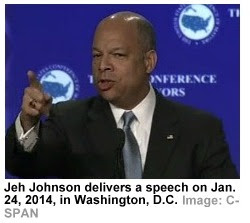 Homeland Security Secretary Jeh Johnson said that state and local governments are assuming more prominent roles in the missions his department is responsible for.

“The homeland security mission of the U.S. government is evolving,” Johnson said in a speech to the U.S. Conference of Mayors. “It is evolving to the point where our partnerships with state and local governments, with mayors, with district attorneys, with police commissioners, with sheriffs, [are] becoming more and more important.”

The public appearance was one of Johnson’s first since he was confirmed to lead the Homeland Security Department in December.

“In the coming weeks, I will be laying out a vision for homeland security that builds on the important work of my predecessors and the relationships with state and local government that they have forged,” he also said.

In about 20 minutes of remarks, Johnson mostly stuck to topics geared toward his audience of mayors, such as the importance of fusion centers and his personal affinity for city life (“I am a huge, huge fan of public transportation.”).

He also touched on the issue of immigration reform, calling for an “earned” path to citizenship, a term the White House deployed throughout its 2013 push for immigration legislation.