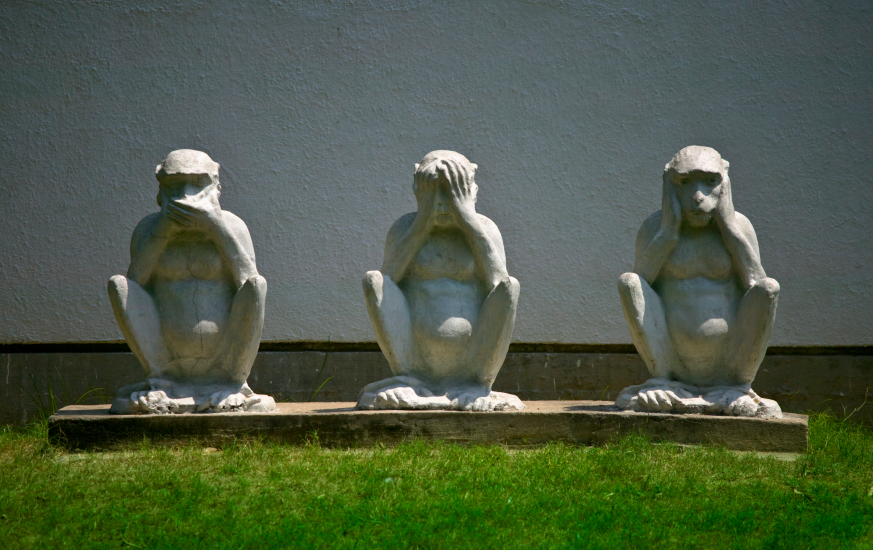 Change is often an unwelcome concept into our lives. As humans, we are creatures of habit and have a tendency to gravitate to the norm, to our daily routines and to our regular habits. Anything out of the ordinary that throws us out of our routine can often times be difficult to deal with.

There are four phases to a disaster: the warning, the event itself, the breakdown, and the recovery phase. During this time, disaster victims will go through a period of shock and may have difficulty in processing what has occurred. This is also what many refer to as the normalcy bias, and is actually a coping mechanism to help us process and deal with the changes that have occurred. Many will cling to any normal thought and habit until their brain begins to accept the changes it has witnessed. There have been people who will feel compelled to constantly clean, or perhaps those who will choose not to admit the disaster has even occurred.

Normalcy bias is actually a coping mechanism that occurs when we are trying to register and sort out a traumatic event or impending disaster. Because many fear change, we have a tendency to resist it and in turn, our brains try to simulate a normal environment. This resistance to change is quite common and can occur even during the first phase of when a disaster is threatening the area. In fact, each of us have entertained the normalcy bias at one point or another.

Although this is a normal response, there are dangers that stem from this bias. What makes this coping mechanism so dangerous though is that it causes people to underestimate both the possibility of a disaster occurring and its effects. No doubt that many of you have witnessed this when trying to discuss your disaster preparation plans with friends and family – they either just don’t “get it”, or don’t want to “get it”. This nonchalance reminds me of a popular saying we have all grown up around – “ignorance is bliss.” Many of us live under this veil of ignorance so they don’t have to deal with the realities involved in disaster preparation.

Here are three ways that the normalcy bias can hinder ones preparedness efforts:

Change is the one true constant in the universe, and yet it is also the one we resist the most. We must take steps to overcome this bias and begin training our minds to react in a timely manner. Emergency response teams regularly simulate disasters so that they can react more efficiently when a disaster does occur. If we are unable to visualize what is upon the horizon, and fail to adequately prepare for it, then when the event occurs, we will not be ready for it and our chances of surviving it diminishes.

We have seen that as this bias takes hold and makes its way across the nation, the less likely certain groups in the population will prepare. In fact, they will mock you for your decision to make preparations. Haven’t we all heard, “You’re paranoid!”, “Nothing happened in the 1950′s bomb shelter era and nothing is going to happen now.”, “Stop worrying – the government will take care of us.”, “You’re obsessing over this and we’re worried about you.” It doesn’t matter which disaster you bring up to support your preparedness cause: September 11th attacks, Hurricane Katrina, the Joplin tornado, the ever looming economic depression, the general consensus is that they would rather “not go there” and stay positive about their outcome. This is the normalcy bias in full effect and will hinder their chances of survival.

How to Keep Normalcy Bias at Bay

The brain is the strongest muscle in the body and we have to regularly train it to perform the way we need it to. The power to survive stems from the mental preparedness we have trained ourselves for.

Breaking up the enormity of preparedness into smaller compartmentalized sections will help you concentrate on one task at a time until the end result is met. Follow the 5 P’s of Preparedness with any disaster you are planning for:

History has pointed out time and time again that when our society fails to plan and prepare for emergencies, there are breakdowns that lead to devastation. All one needs to do is open a history book to see the pages and pages of disasters that occurred and the estimated amounts of victim’s live the disaster took. If you are reading this article, then you have an interest in preparing for some sort of disaster. Whether it is for natural disasters that pose short or longer term after effects, or to prepare your family for a personal disaster such as job loss or economic hardships you understand that some sort of preparation is involved. Taking steps to create a preparedness-based foundation will get you in the mindset of what to expect when a disaster occurs. Further, it will help you research and understand the magnitude of disaster events.

Read the rest of this article and find other worthy stories by visiting readynutrition.com